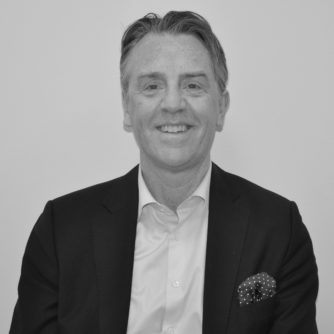 Magnus Ekengren is Professor of Political Science at the Swedish Defence University in Stockholm and Visiting Professor at the College of Europe, Bruges, Belgium.

Magnus specializes in the foreign and security policy of the European Union. He writes on the value of “experimentalist governance” as a way to understand how governments should build capacity to manage transboundary crises. Magnus is currently using practice theory to explain the driving forces behind EU foreign policies and the transformation of the European security community. Recent research projects include a study of EU crisis cooperation practices and the way they foster a new type of security community based on mutual assistance.

More generally, Magnus’ research interests include the temporal dimension of EU governance, integration theory, and transnational communities of practice. His publications include The Politics of Security Sector Reform – Challenges and Opportunities for the EU’s Global Role (Ashgate, 2011, co-edited with G. Simons), The EU as Crisis Manager – Patterns and Prospects (Cambridge University Press, 2013, with A. Boin and M. Rhinard) and Explaining EU Foreign Policy Action from Kosovo to Haiti: A Practice Perspective (forthcoming).

Magnus is a former Swedish diplomat and was previously Deputy Director at the Policy Planning Unit of the Swedish Ministry for Foreign Affairs, where he dealt with EU enlargement, the Common Foreign and Security Policy, the Common Security and Defence Policy and EU institutional reform and the EU’s Open Method of Coordination. He is the director of the Programme for European Security Research (EUROSEC) at the Swedish Defence University and a member of the University’s board. Magnus was a Visiting Professor at the Munk School of Global Affairs at the University of Toronto and is a member of the Foundation Board of the Swedish Institute of International Affairs and the Royal Swedish Academy of War Sciences. He studied at Uppsala University, the College of Europe, and Johns Hopkins University Bologna before obtaining his PhD from Stockholm University.